‘Born With Teeth’ pits the Bard against his greatest rival

The two greatest characters from the Elizabethan era theatrical scene are pitted against one another in the play “Born With Teeth.” And we’re not talking about Rosencrantz and Guildenstern.

Will Shakespeare and Kit Marlowe periodically meet in a private room in a London pub over a three year period from 1591 through 1593. It’s a kind of literary mano a mano that masks a deeper symbiotic love hate relation. There’s a begrudging respect between the two men that hides a layer of jealousy and perhaps physical attraction.

They are collaborating on what would become the “Henry VI” trilogy. As recently as 2016 scholars declared that the plays were written in tandem based on computerized analysis of the prose in the works of William Shakespeare and Christopher Marlowe in the plays they’d written up to that time.

Marlowe was killed in 1593 shortly after the events in the third movement of “Born With Teeth.” Marlowe had already achieved renown for his plays whereas Shakespeare was at the beginning of his career. Both men were born weeks apart in 1564.

Playwright Liz Duffy Adams has delivered an intriguing what-if two-fer, which is having a well staged world premiere at the Alley Theatre’s Neuhaus Theatre. Under the direction of Rob Melrose the two actors are constantly trying to prove that they are the stronger of the duo.

There’s no shortage of Shakespeare conspiracy theorists who maintain his plays were written by others. Everything from family crests embedded onto published Folio publications of plays to revolutionary groups dedicated to the restoration of Catholic rule over the then current fascist Protestant nation where Queen Elizabeth employs more spies than there were crimes to commit.

Special attention is given to any possible allegiance either writer might have to the Earl of Essex, or the Earl of Salisbury or Sir Walter Raleigh, all of whom hold sway with the powers that be.

Curiosity seekers are directed to such previous efforts such as “Anonymous” a 2011 film that maintains Edward De Vere, Earl of Oxford, was the authentic author of Shakespeare plays.

Yet “Born With Teeth” holds no illusions regarding true authorship, repeatedly showing Will writing away on his parchment. The entire set is a long table decorated with writing utensils and mugs for libation. The three acts segue one to the other with little to no downtime.

Both characters are dressed to the hilt like modern day rock stars with gleaming metal studs on their leather jackets and knee-high lace-up boots. Dylan Godwin as Will and Matthew Amendt as Kit deliver reasonable amounts of swagger, always trying to out jest the other.

The reason they meet in seclusion is because of the amount of surveillance between political factions vying for the Queen’s allegiance. Marlowe himself is suspect of being a dreaded atheist and Shakespeare’s Catholic background is the wrong credit on any Elizabethan resume.

Actors Paid Not To Act 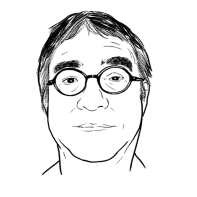 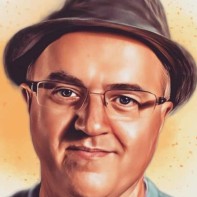